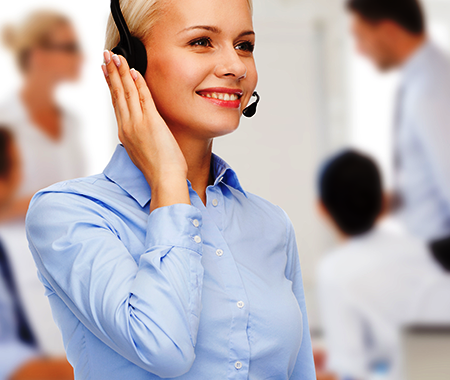 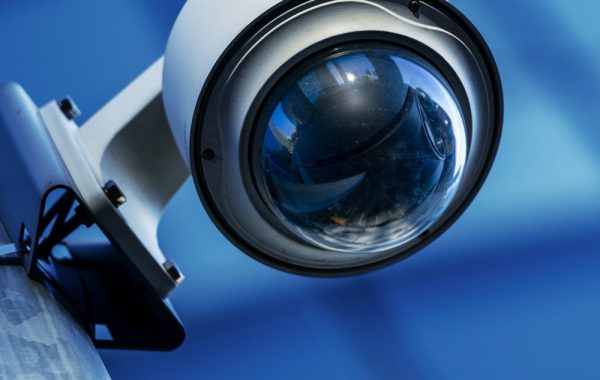 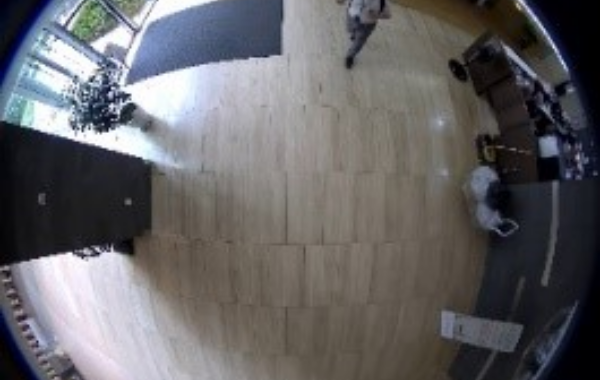 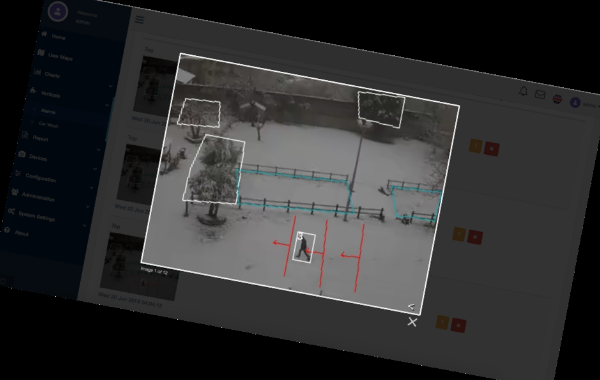 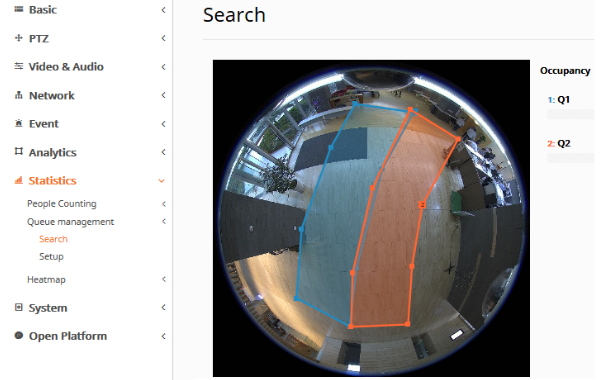 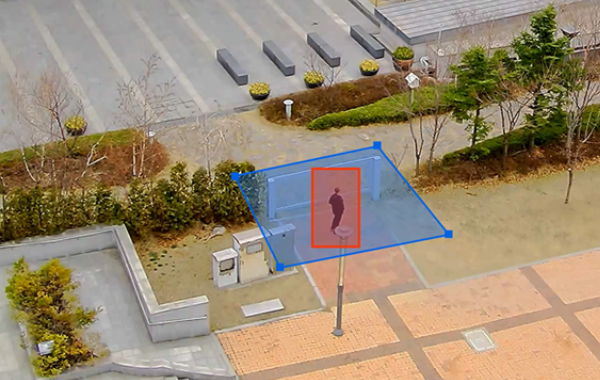 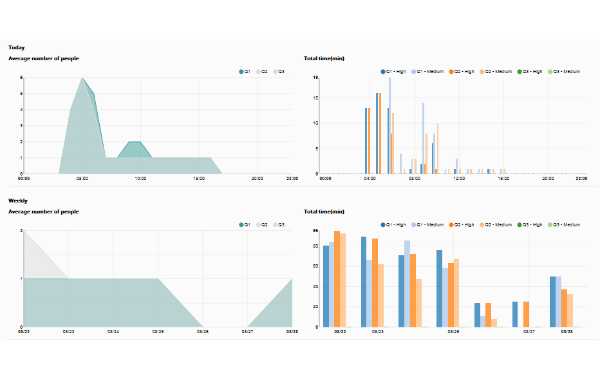 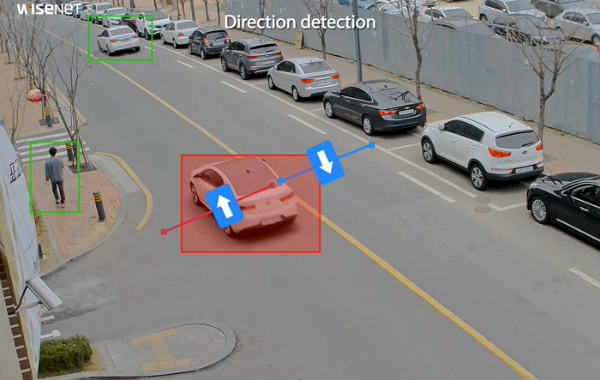 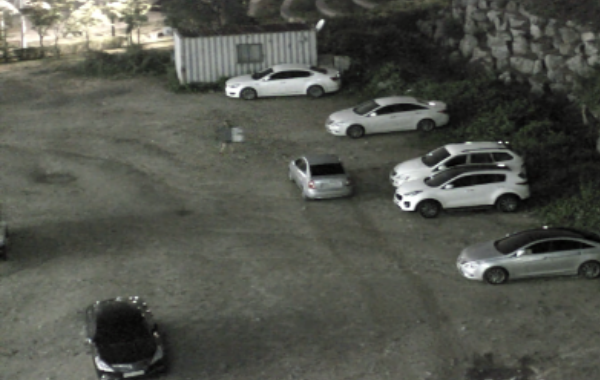 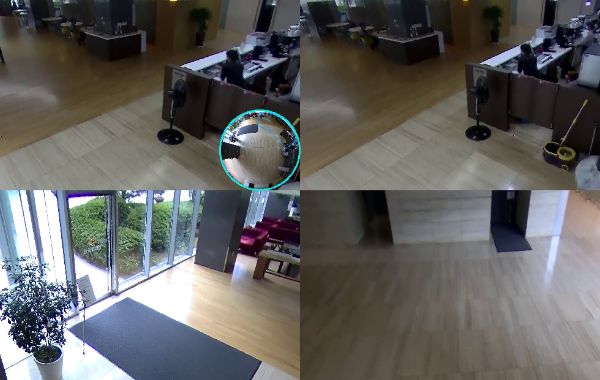 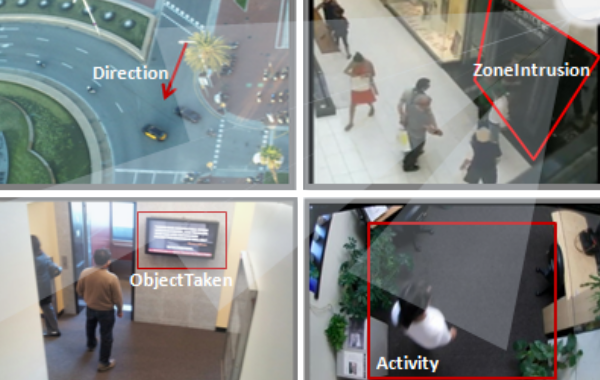 Object Classification
The identification of objects by type: human, car, truck, boat, unknown. The subsequent classification can then be used for alarming and display.

Slew To Cue
Not technically a video algorithm, but the capability to slew a camera or related device directly to an object’s exact position or to precise geospatial coordinates, followed by the activation of various other video analytic functions.

Wrong Direction / Speed Threshold
This algorithm can detect the real speed of the vehicle or object, regardless of its orientation to the camera (approaching, departing, moving across scene), as well as, the direction of movement with respect to an area of interest. Thresholds can then be set to trigger appropriate alarms.

Stopped Vehicle
Detection that a vehicle, or other object of interest has stopped within a defined region.

Dropped or Thrown Objects
The algorithm looks for objects that have been left in a location, or have been thrown into the view of the camera.

Background Modeling
Background modeling is crucial to every form of analytic behavior intended to be used in outdoor applications. It affords the capability to recognize traits of the background and remove those attributes from the scene. This then allows for analysis of the remaining objects.

Loitering / Crowd Detection
Often times it is important to not only detect the object, but understand how many objects are present and whether they are remaining in a defined area for a suspicious period of time. This behavior is covered by Loitering and Crowd Detection.

Detection within a Region
The use of video analytics becomes more powerful when allowing the ability to add additional requirements to the behavior. For example, the entrance or exit from a defined area, or a specific object type of action occurring in that area.

Camera Tampering
Video analytics can also be used to detect possible tampering with the camera. The Camera Tampering function looks for the loss of the video image (Due to coverage or disconnection) or excessive movement of the camera (Due to removal or redirection).

Car Counting
The ability to count vehicles with directional accuracy, while ignoring pedestrians and environmental conditions.

Man Overboard
A specialized detection algorithm to detect jumping or falling targets in both land and water applications.

Shadow Removal
The ability ignore both attached (from a person, car or similar) and unattached shadows (birds, aircraft, clouds).

Real Size
The ability to determine “real” object size. This is in contrast to just determining pixel size. Although an object may encompass a very large number of pixels, this algorithm enables the software to compute the object’s size in the real world regardless of how large it may appear in the camera view.

Live or Recorded Video
Also referred to as a “forensic browser”, this is the ability to also apply analytic algorithms to recorded video. This is very valuable when reviewing video for other events associated with an alarm condition.

Scan-to-Target
A specialized camera control algorithm that can be enabled when the redirected camera gets to the scene but finds no intruder. The Scan to Target feature considers a variety of parameters and then commands the camera to scan in an appropriate pattern, the whole time keeping the intelligent video algorithms enabled and searching for the intruder. Once found the target can be followed using PTZ Auto Follow.

We are here to answer you!

FEEL FREE TO CONTACT US IF YOU NEED FURTHER ASSISTANCE